Cohabitation with your partner

Cohabitation, moving in together before marriage, is an increasingly common trend in United States. We all know at least one couple that isn’t married that lives together. Moving in together is a big step in a relationship, which is why many couples want to be sure they are ready before they take the leap. However, discerning whether or not you are moving in together too soon can be a challenge. Should you be together for six months? A year? When is the time right?

The answer isn’t very clear, but we do know that living together is more common than ever. Cohabitation has increased by nearly 900 percent over the last 50 years, and two-thirds of couples married in 2012 shared a home together for more than two years before they ever walked down an aisle. What we do know is that the motivations for moving in together should be heavily considered. Do you want to spend more time with your significant other or are you doing it out of convenience such as saving money? Couples that are committed to each other and already on the road to marriage seem to be most successful.

Moving in Too Soon?

When couples first start thinking about moving in together, they might assess the length of their relationship. For example, you may think, “We’ve been together for nine months, so that should be a long enough wait, right?” A majority of the renters we surveyed (37%) agreed that six months to a year into dating is a good time to move in together. Of course, whether or not you follow that advice depends on your unique relationship, along with other factors such as views on marriage and finances.

Talk to your significant other about their thoughts on marriage and living together. They might not want to move in until you say “I do!” Don’t assume that your relationship is headed in the cohabitation direction until you’ve talked. In fact, the survey found that more than a third of renters between ages 18 and 24 (37%) planned to wait until after their wedding to live with their significant other. If you are not sure where your relationship is headed, it’s best to wait until an engagement before committing to move in. Let the marriage talk be a lesson—you shouldn’t live together until you’ve discussed some of the big compatibility topics in relationships, such as “Do you want kids?” or “Where do you see yourself in five years?”

Before deciding on moving in together, you and your partner must also have a serious financial discussion. Some couples let financial instability push them into a living situation they aren’t emotionally ready to handle. Just because one of your leases is up or because it’s cheaper to live together, doesn’t mean that you should move in together. Make sure you aren’t moving in together out of convenience and have considered all of the financial responsibilities.

Once you decide the time is right to move in together, discuss how you will divide costs. Our recent survey revealed that the #1 thing couples wished they had talked about before the move was money, specifically the way they’d split costs. Talk about how you would like to cover rent and other expenses. You can divide the costs down the middle, split it based on income, combine your finances or have one person foot the bills. It really depends on what the two of you think is right.

When you live with your partner, you will spend a lot of time with them. A whopping 63% of the renters we surveyed rarely had a night with just their friends after moving in with their significant other. On the other hand, only 8 percent saw this time commitment as an issue.

So we have to ask, can you handle spending a majority of your free time with your partner? Let us know in the comments below!

How to save costs on moving 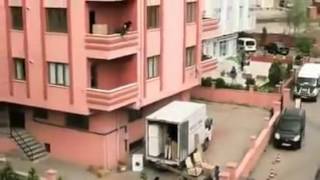